Series on the Journey through the Holy Quran : Juz 11

The Juz begins with the final quarter of at-Tawbah (Repentance) in which Allah continues to describe the good character of the righteous. Allah confirms that His good pleasure is with the righteous who partake in the purifying act of spending for the sake of Allah and carry out good deeds. He reminds us that every chapter in the Qur’an continues to strengthen the believer.

Allah ends this chapter by telling us of the great nature of our Prophet (peace be upon him) and how heavily it weighed upon the Prophet that we would suffer in the life to come.

The Juz then covers the entire chapter of Yunus ( Jonah) which stresses Allah’s power, the authenticity of the Qur’an and the fate of the evildoers. It also discusses tawhid (Divine Unity), how Allah reveals Himself to man, how the Prophets were rejected and the workings of Allah’s divine grace.

1• The good and bad qualities of the Arabs are mentioned, then the Muhajiroon (People who migrated from Makkah) and Ansar (People of Madina) are also discussed;

2• Masjid al-Dirar is the next topic and the evil intentions of those who built it are highlighted. It was because of this that Allah’s Messenger was prohibited from praying in there, but at the same time the masjid that is deserving of being prayed in is detailed next;

3• The qualities of those who have sold their souls for the sake of Allah;

4• The Prophet and believers are prohibited from seeking forgiveness for the pagans;

5• The end of at-Tawbah covers the relationship of man towards the Qur’an and their various responses towards it;

6• The chapter of Yunus covers Allah’s signs in creation and similitudes are given proving Allah’s existence and greatness;

8• The story of Nuh (Noah) is recounted, followed by the story of Musa (Moses) and Pharaoh. The last moments of Pharaoh just before he drowned are related as a reminder to all;

9• Allah commands the Prophet to remain firm/steadfast on faith & follow revelation until His command comes. 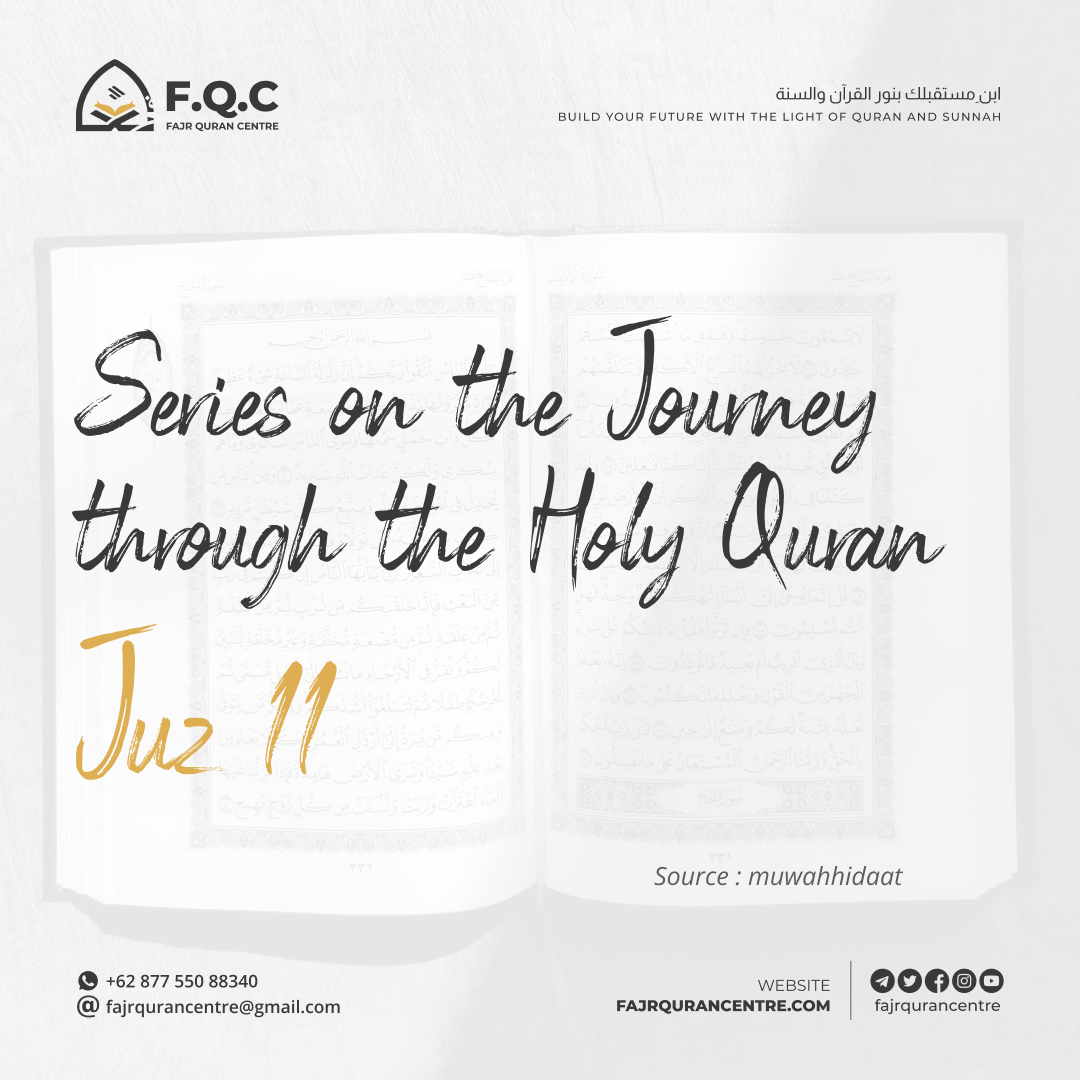 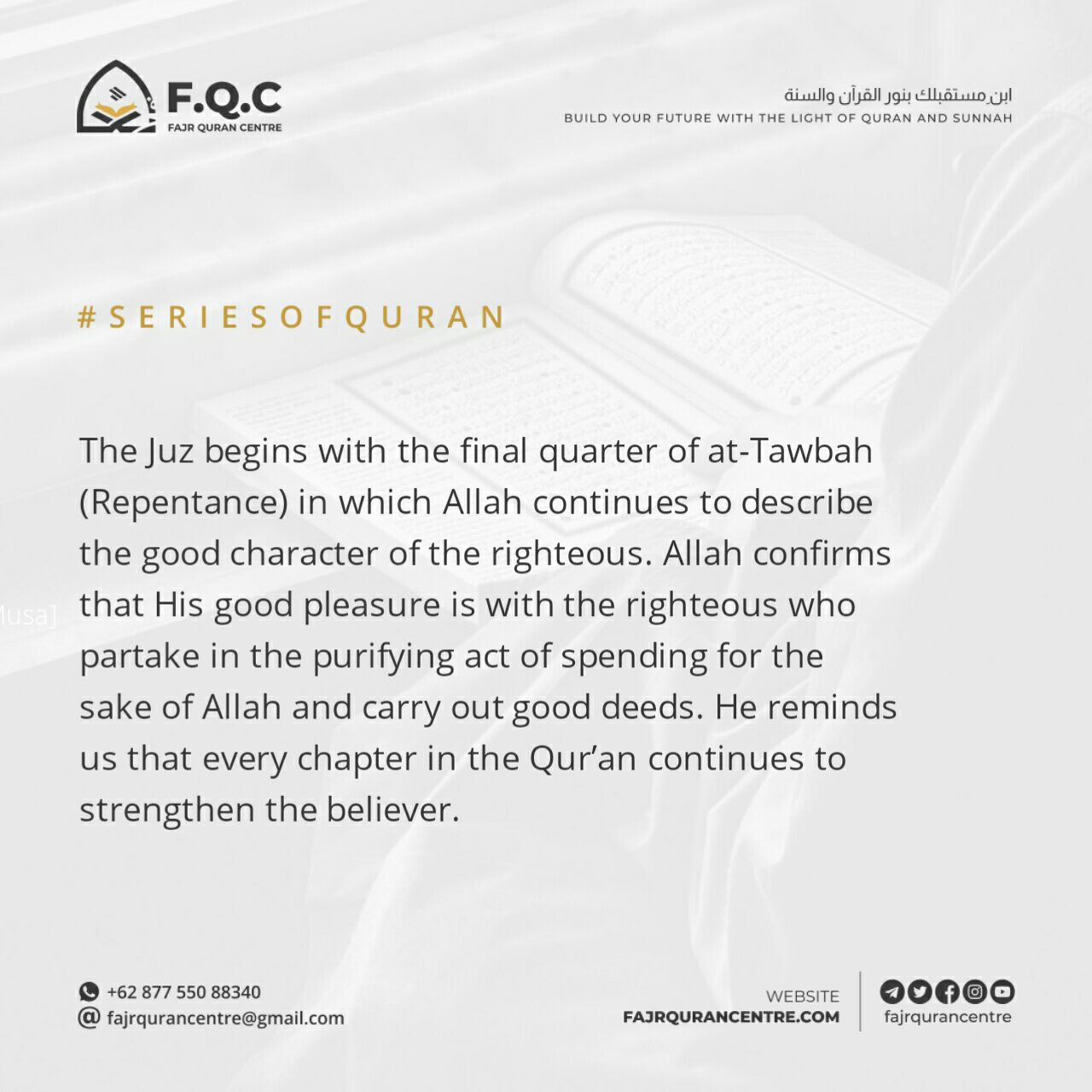 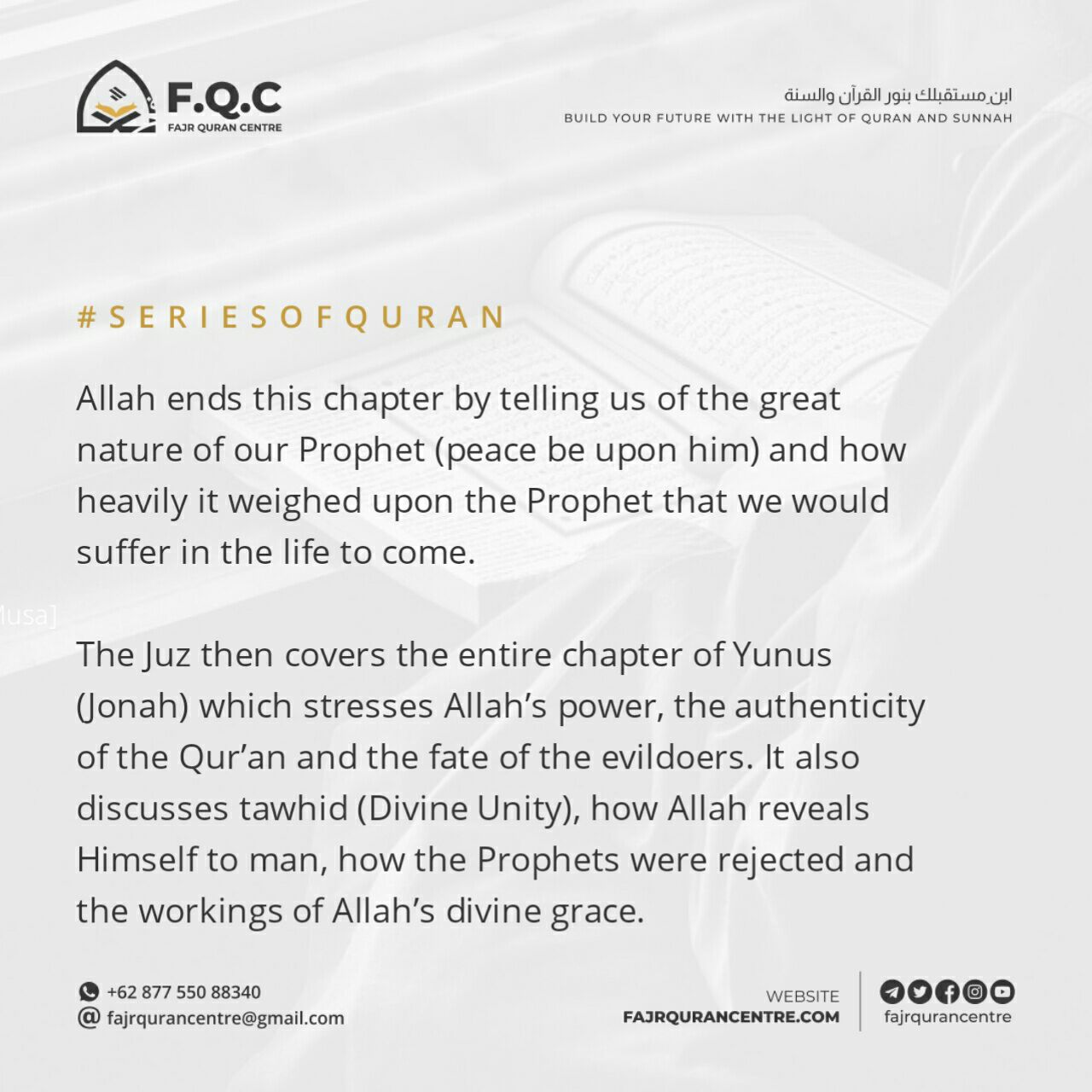 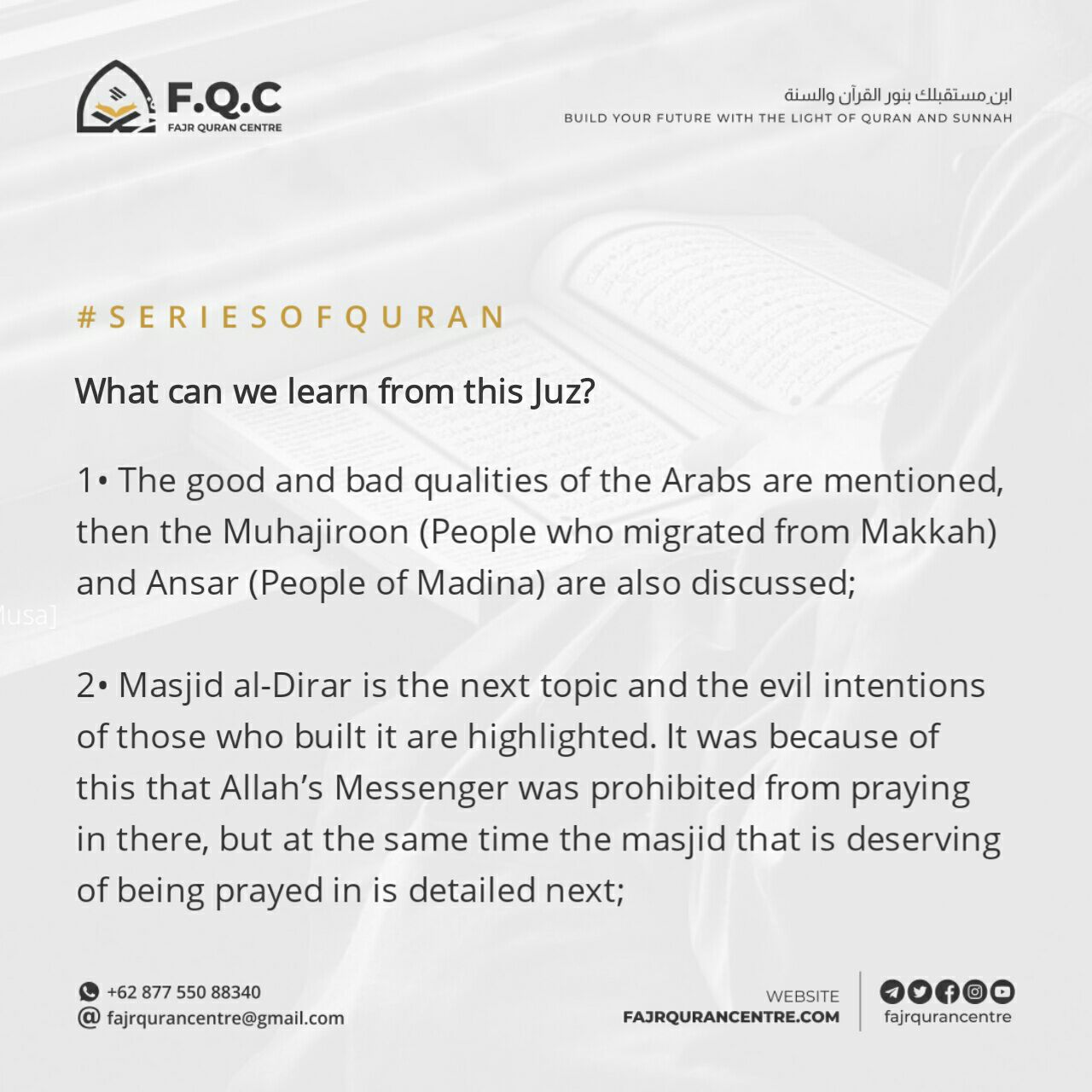 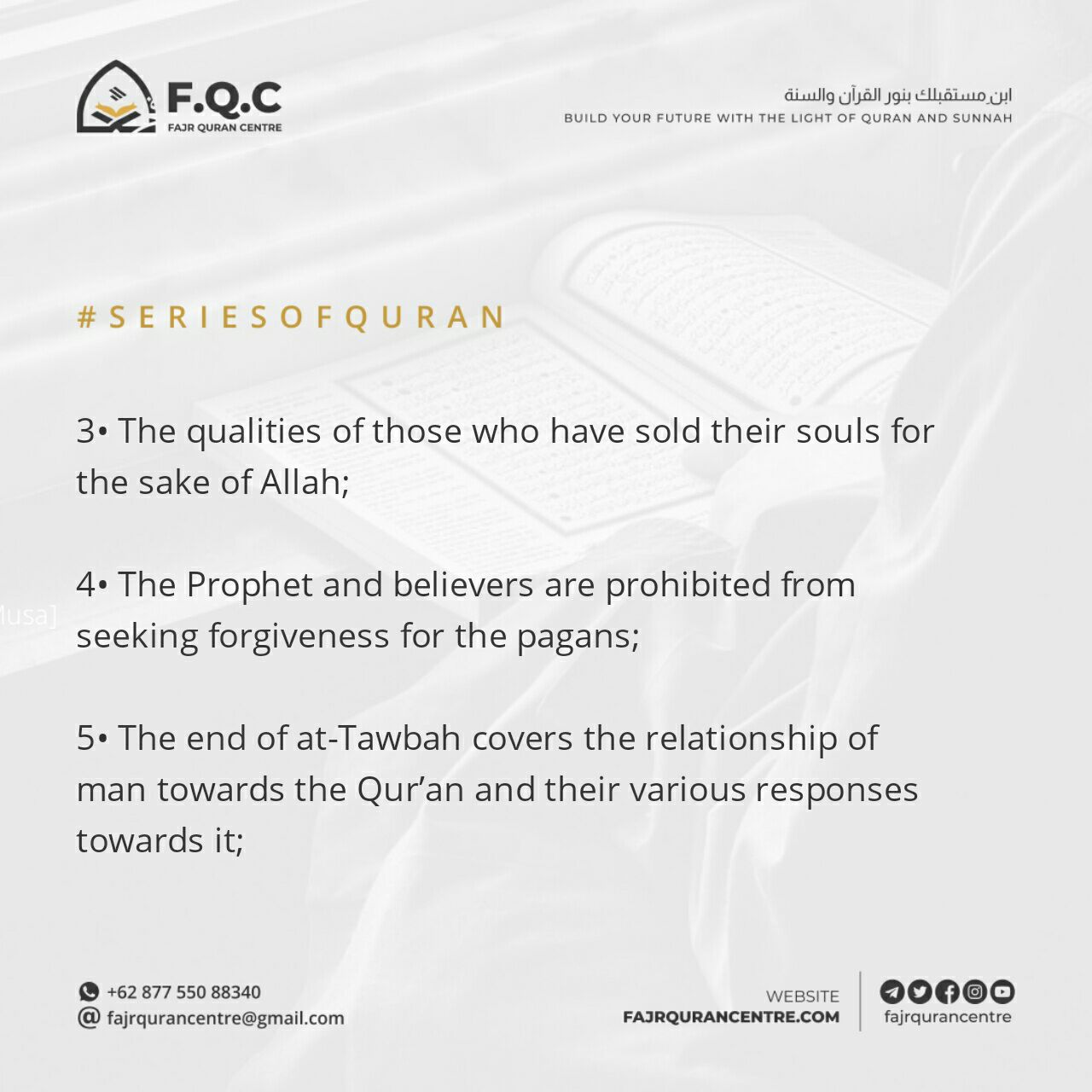 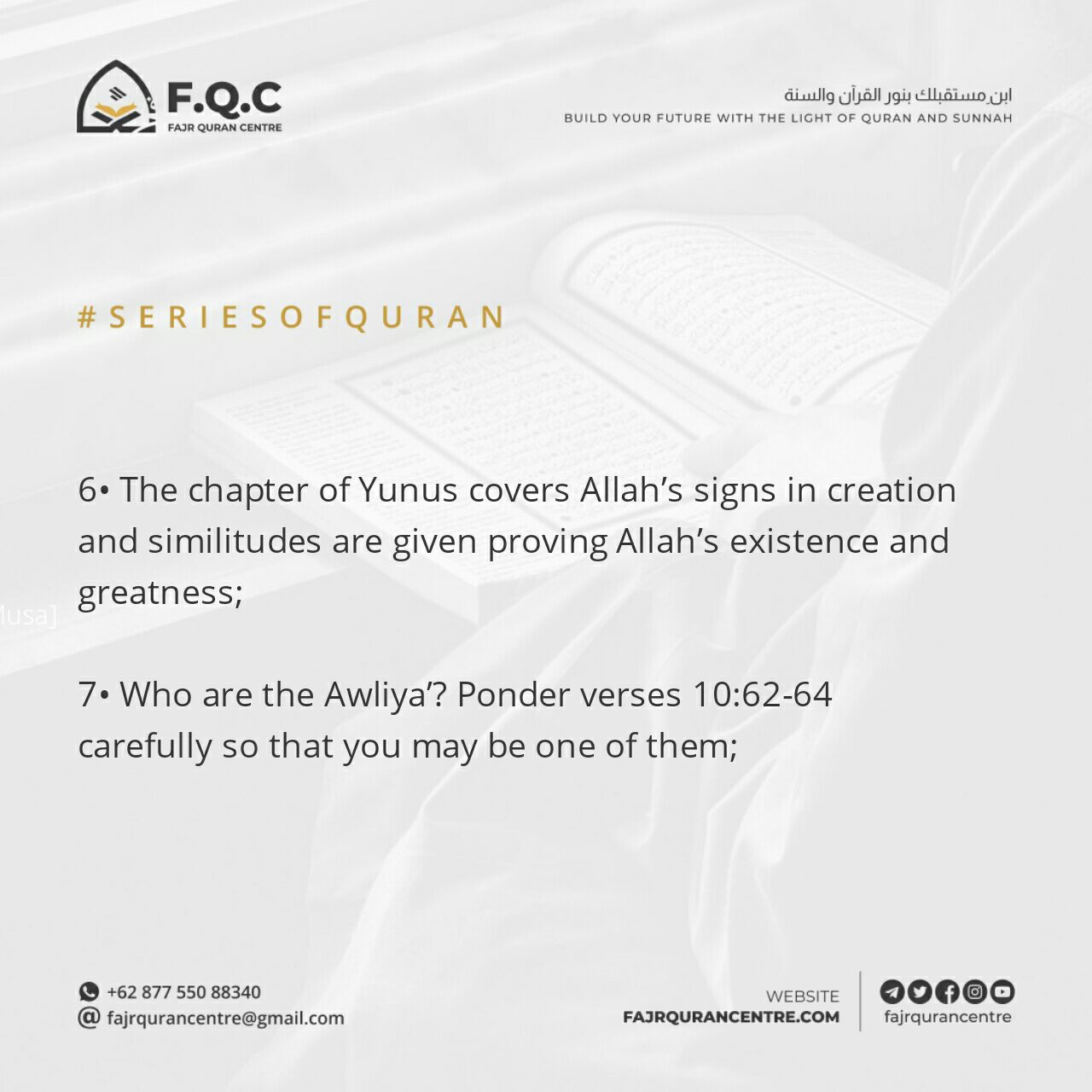 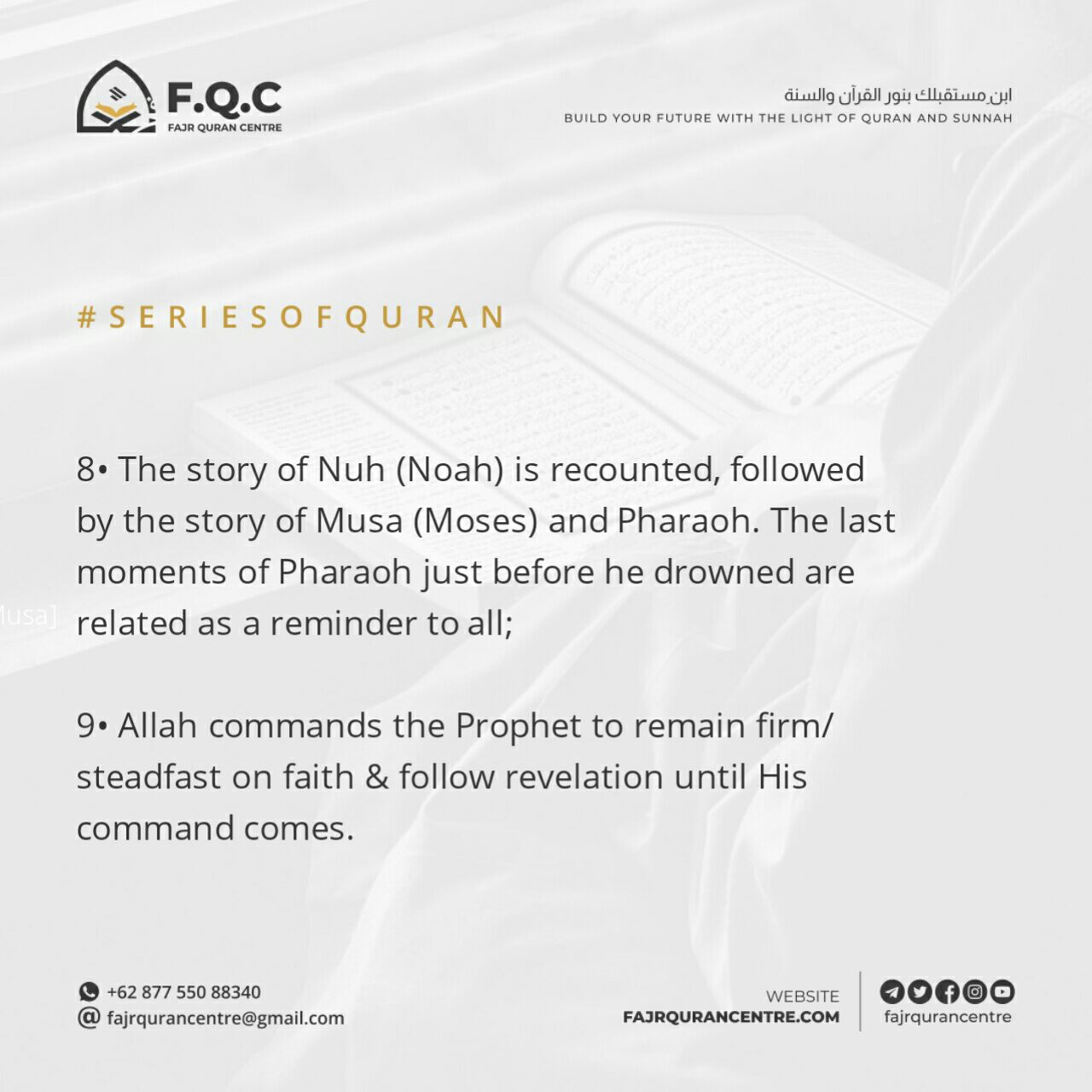