Series on the Journey through the Holy Quran : Juz 10

The final ten verses of al-Anfal (Spoils of War) remind the believer that victory in battle is not dependent on huge numbers or military might but rather constancy in faith and patience, a recurring theme throughout the Qur’an. It also covers the issue of the prisoners of war captured during Badr, the virtue of those who fight in Allah’s path and the importance of the believers protecting one another.

The next chapter in this Juz is at-Tawbah (Repentance), the only chapter in the Qur’an not preceded by the basmalah – this is because it is widely regarded to be a continuation of the previous chapter dealing with similar issues of the moral distinction between the believers and their enemies. It was revealed in the 9th year of Hijra and proclaimed the end of idolatry in Arabia.

1• We continue the discourse on Badr and the dream of the Prophet;

2• A call subsuming six pieces of advice that will lead to victory;

3• Al-Anfal ends by explaining that it is brotherhood that ties the Muslim world together;

4• At-Tawbah begins by defining the limits to the pact between Allah’s Messenger and the pagans;

5• The Islamic calendar is mentioned and the sanctity of the sacred months is explained;

6• The Muslims are encouraged to go out in the path of Allah when called to do so and the hypocrites and all those who remain behind without a valid excuse are censured.

7• The qualities of the hypocrites and the believers are mentioned with Allah’s respective promises for both. 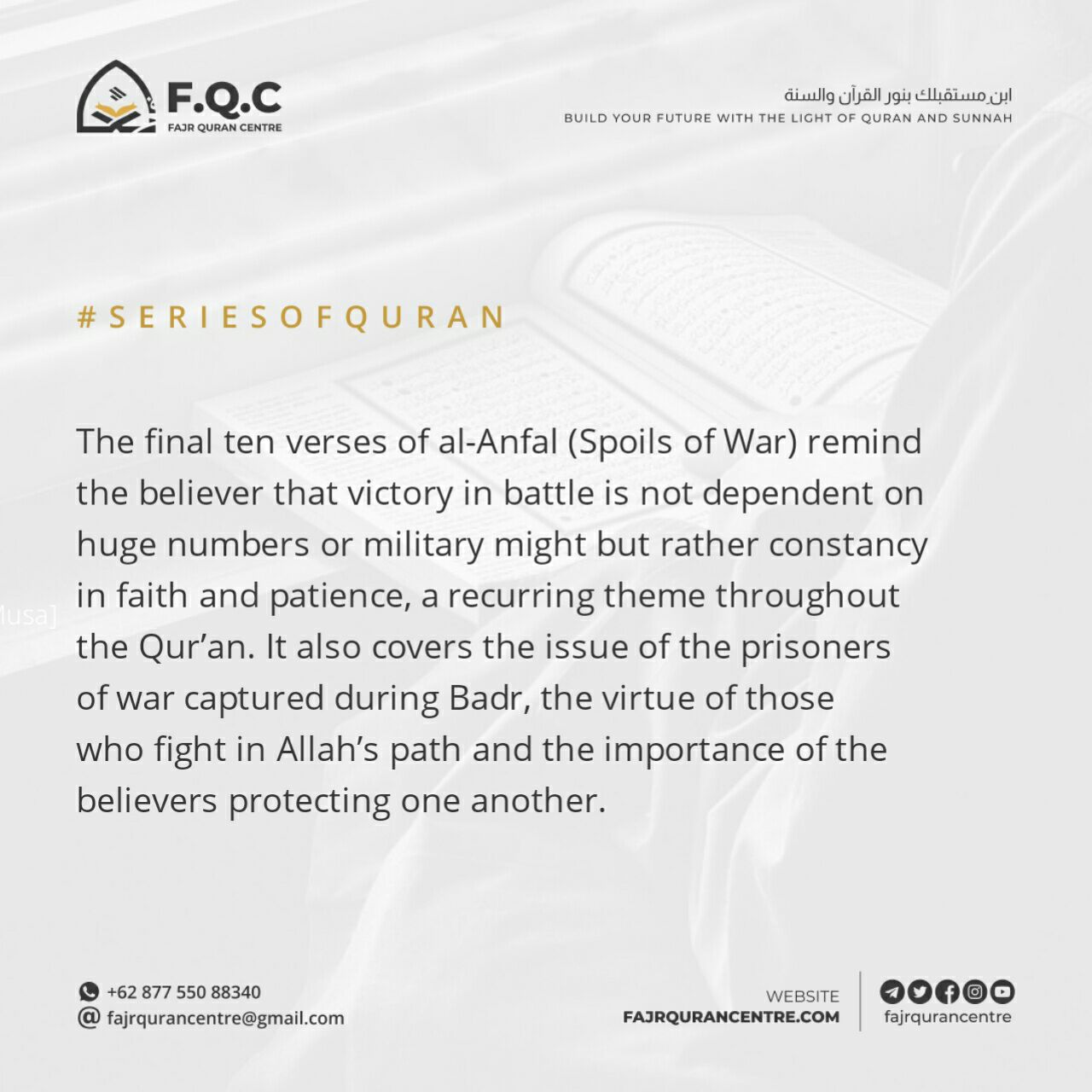 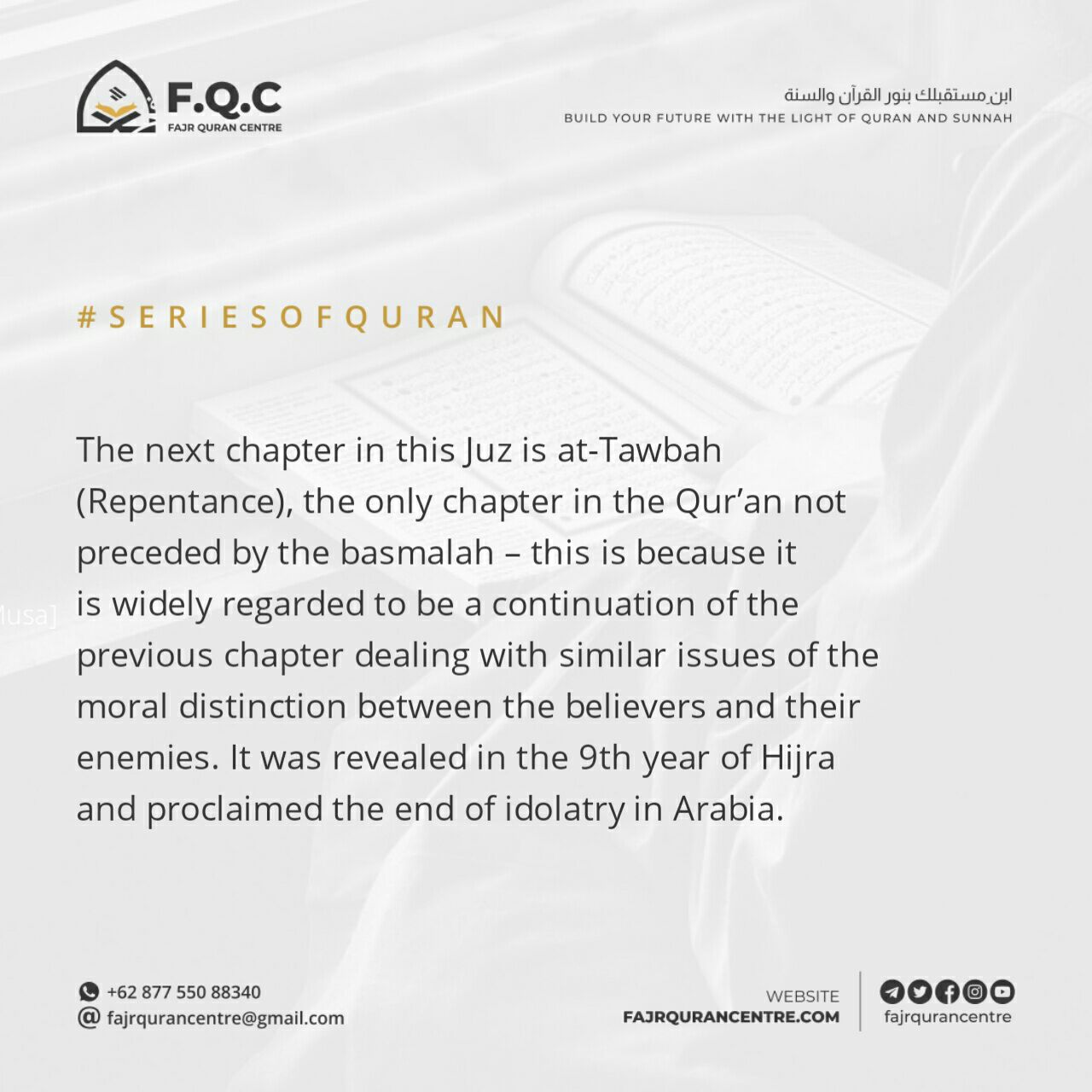 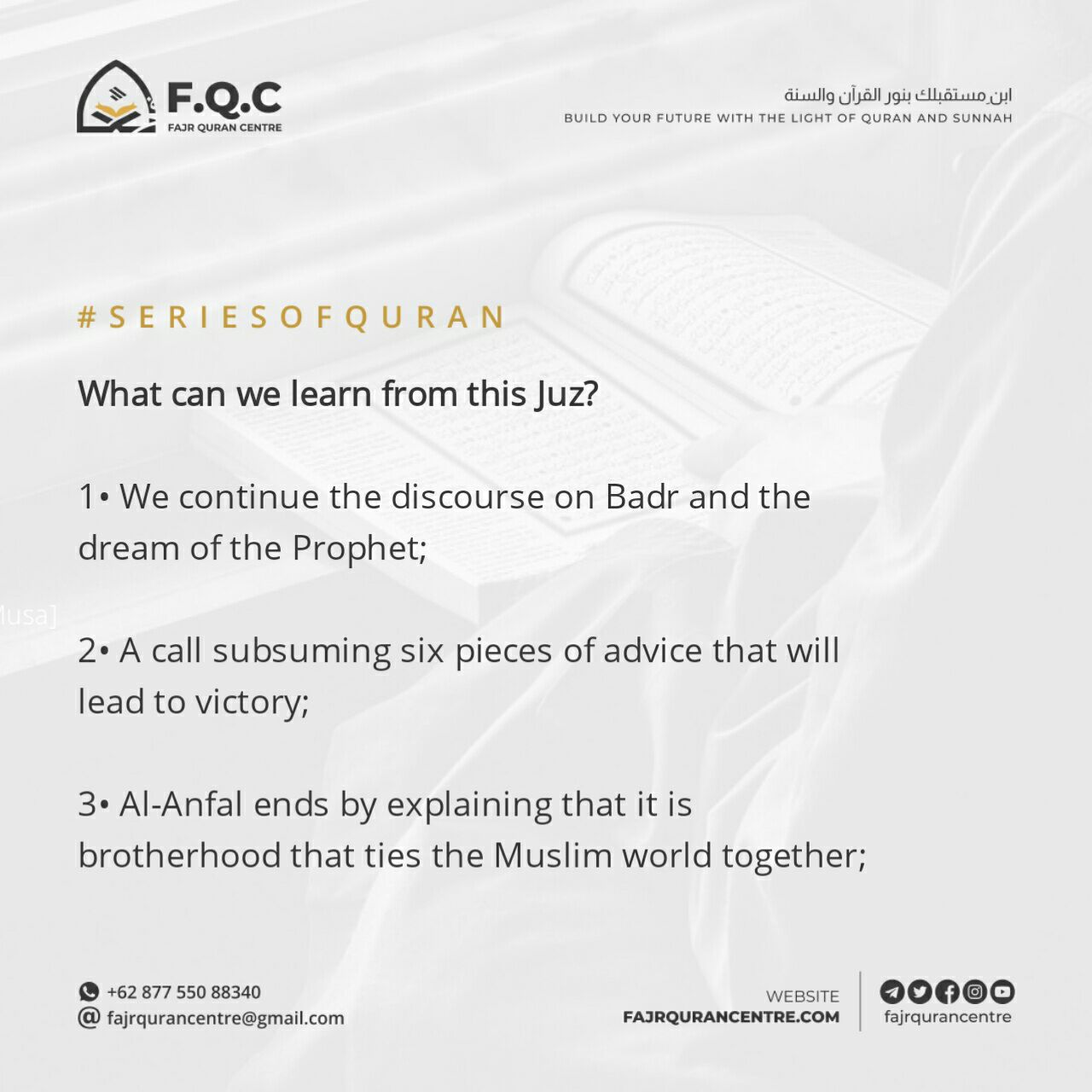 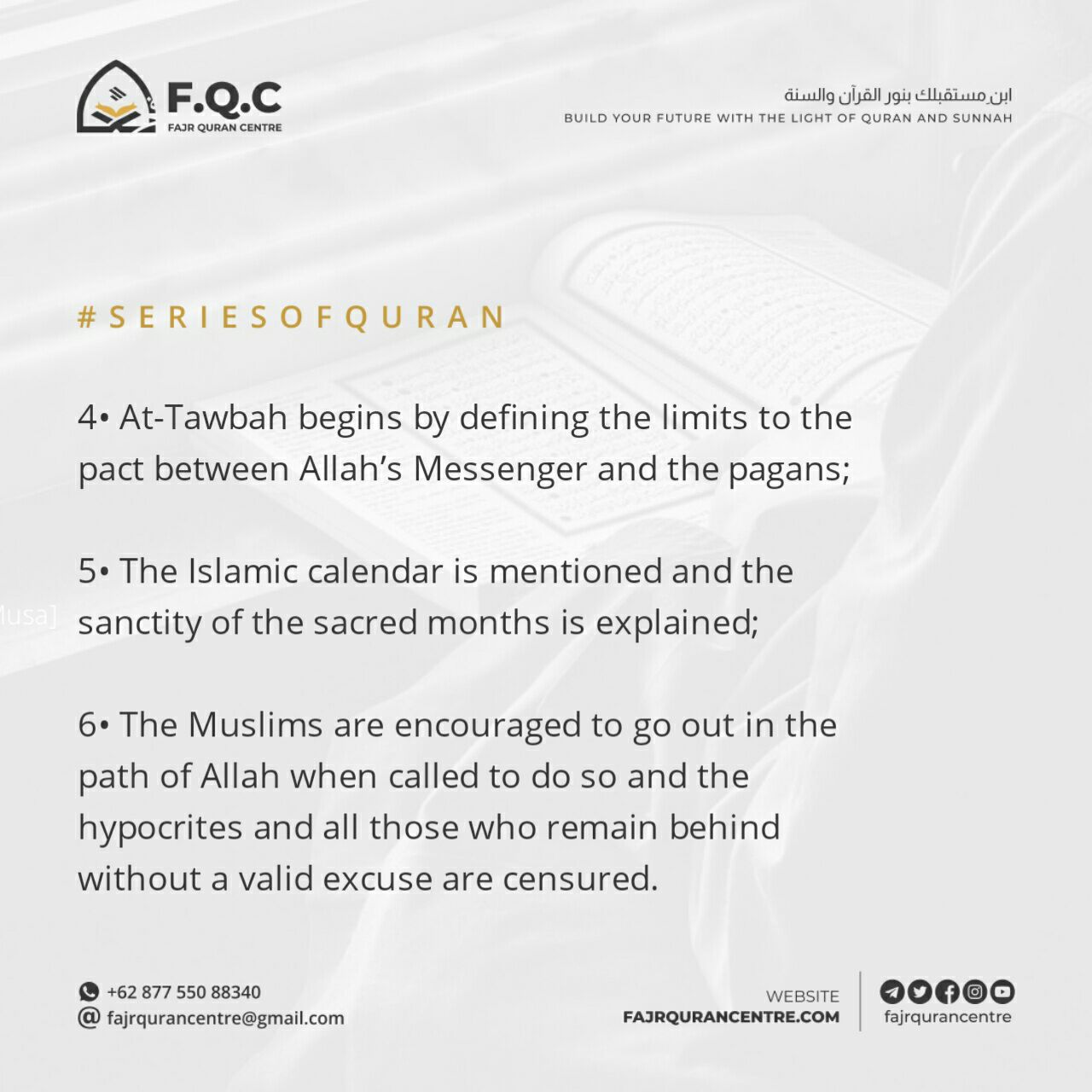 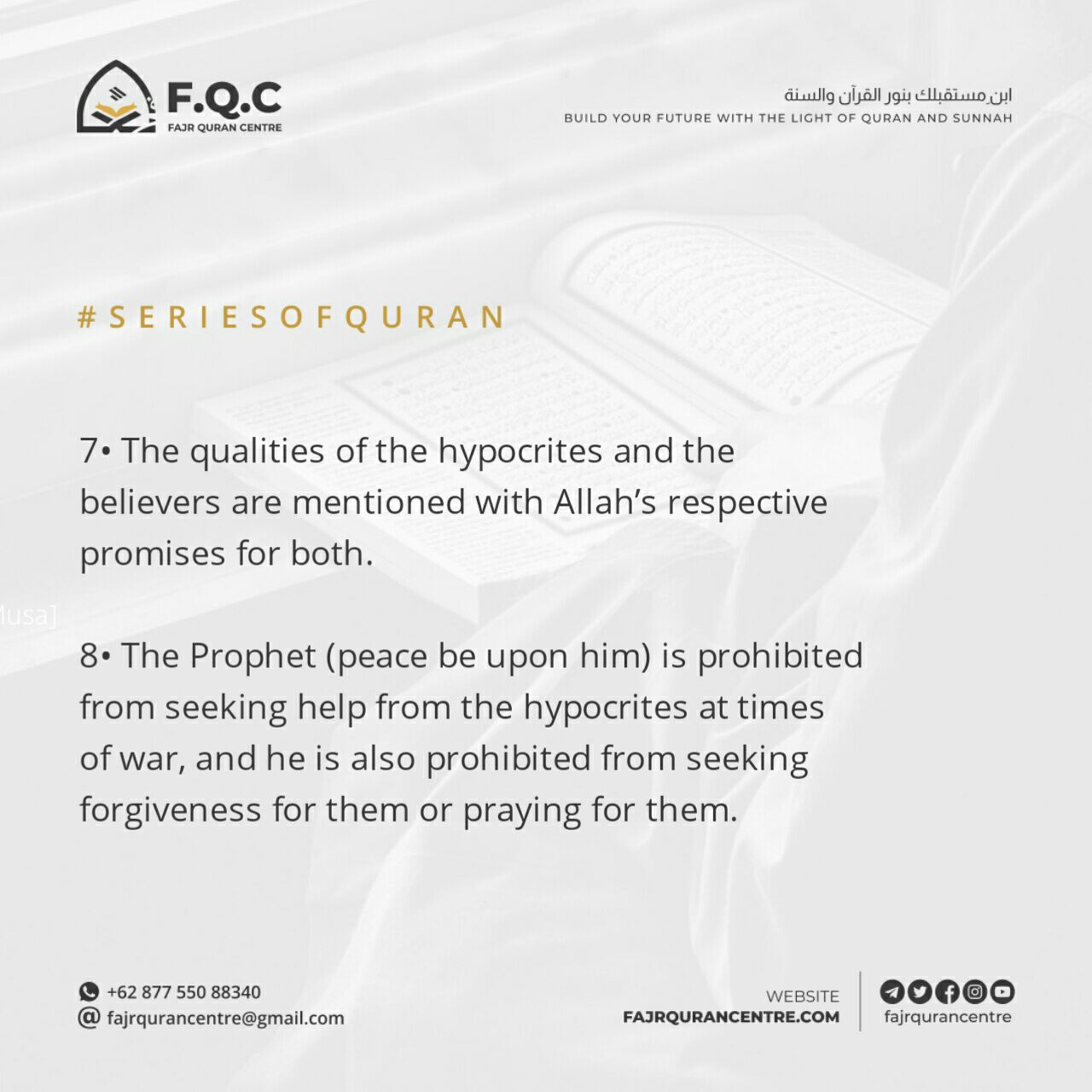