Series on the Journey through the Holy Quran : Juz 12

The 12th Juz of the Qur’an covers the majority of the chapter of Hud (the first five verses are in the previous Juz) as well as half of the chapter of Yusuf (Joseph), the best of stories. Hud was revealed during the Year of Sorrow, a period in which the Prophet (peace be upon him) lost his wife and companion, Khadijah, as well as his uncle, Abu Talib, who had protected him. As a result, his life and that of the young Muslim community became very difficult.

This Juz also begins the story of Yusuf. This chapter revolves around the idea that Allah alone directs the affairs of man, and that judgement rests with Him. It highlights the trials of Yusuf, the strain of isolation that he faced, the alienation of slavery in a foreign land, imprisonment and the final change of fortunes that resulted from his patience.

The chapter is unique in that it relates the story of Yusuf in full, whereas we find that other chapters relate various episodes from the lives of certain Prophets. Many parallels can be drawn from the story of Yusuf to that of the Prophet (peace be upon him), as well as valuable lessons for us in our daily actions.

1• Allah challenges the pagans with the Qur’an;

2• The debate between Nuh (Noah) and his son shows that the love of Allah is greater than any other love;

3• The story of Hud highlights that seeking forgiveness is the means to victory in all senses of the word: figurative and literal;

4• The suffering that a number of Messenger and Prophets faced when calling to the path of Allah is recounted;

5• The story of Shu‘ayb shows the concern Islam has with commerce, and the importance of being aware of Allah when trading;

6• The Chapter of Yusuf talks about the envy of his brothers and the trial of beauty;

7• It is sincerity that leads a person away from doing evil and licentious deeds;

8• Da‘wah (spreading the message of Islam) is a duty at all times, even when imprisoned. 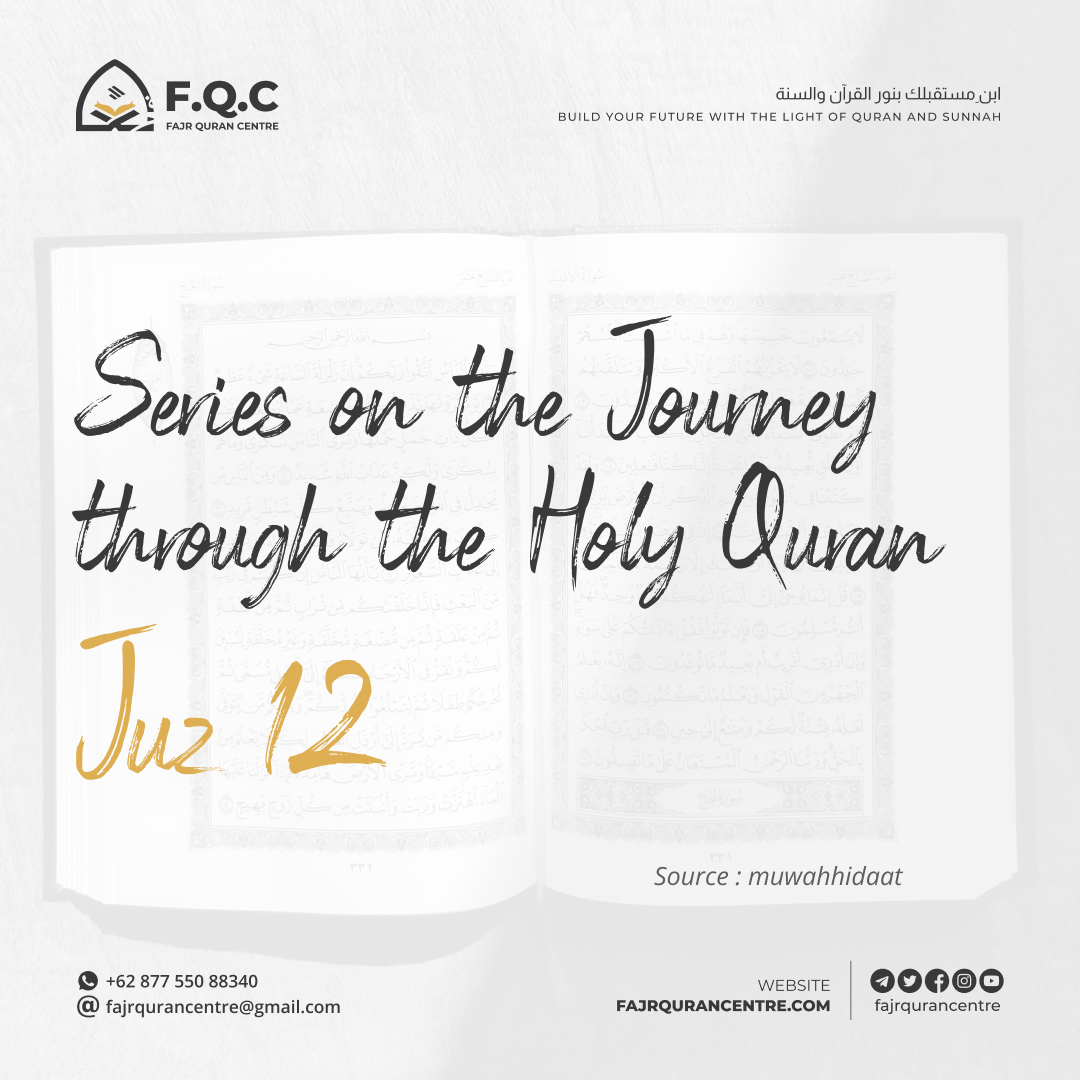 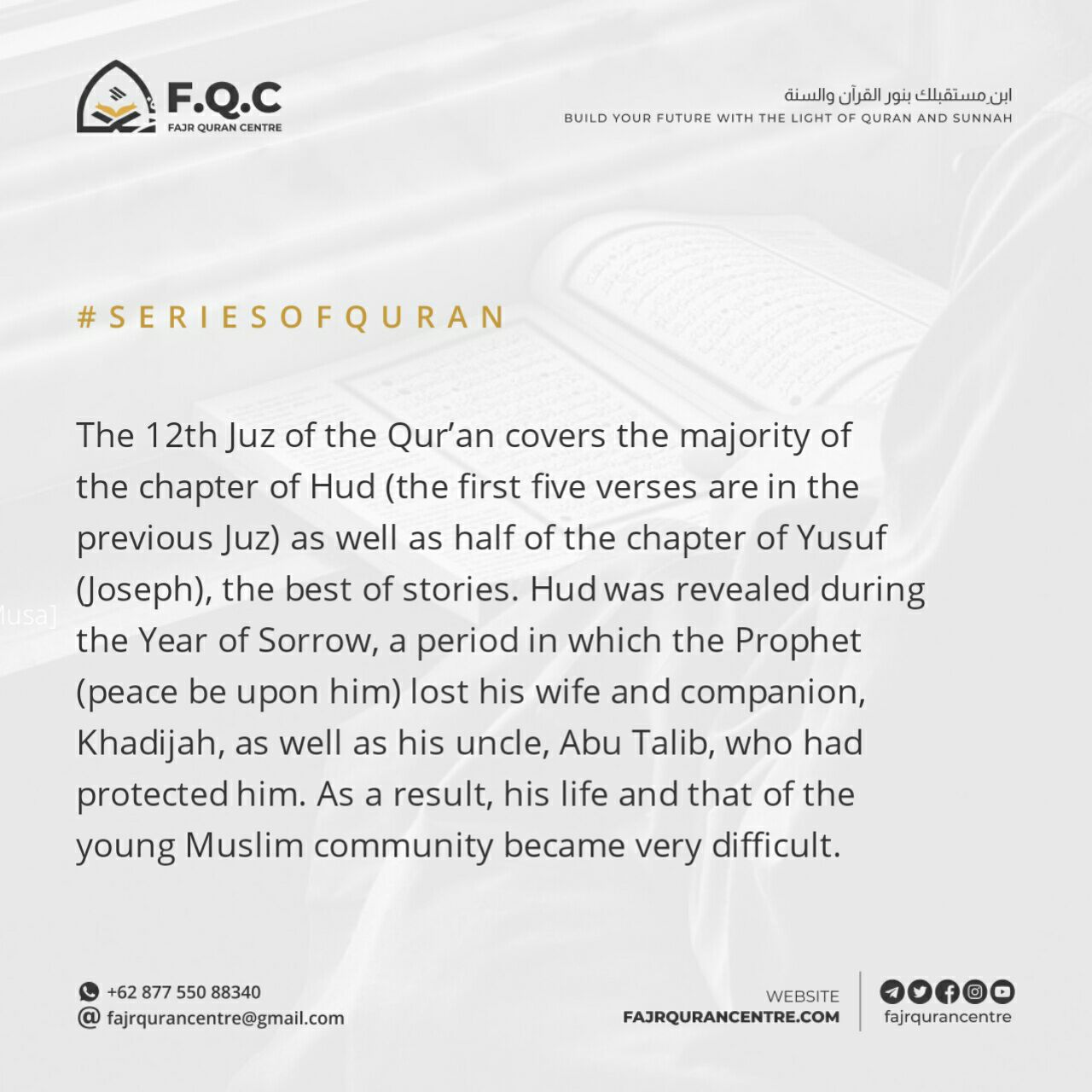 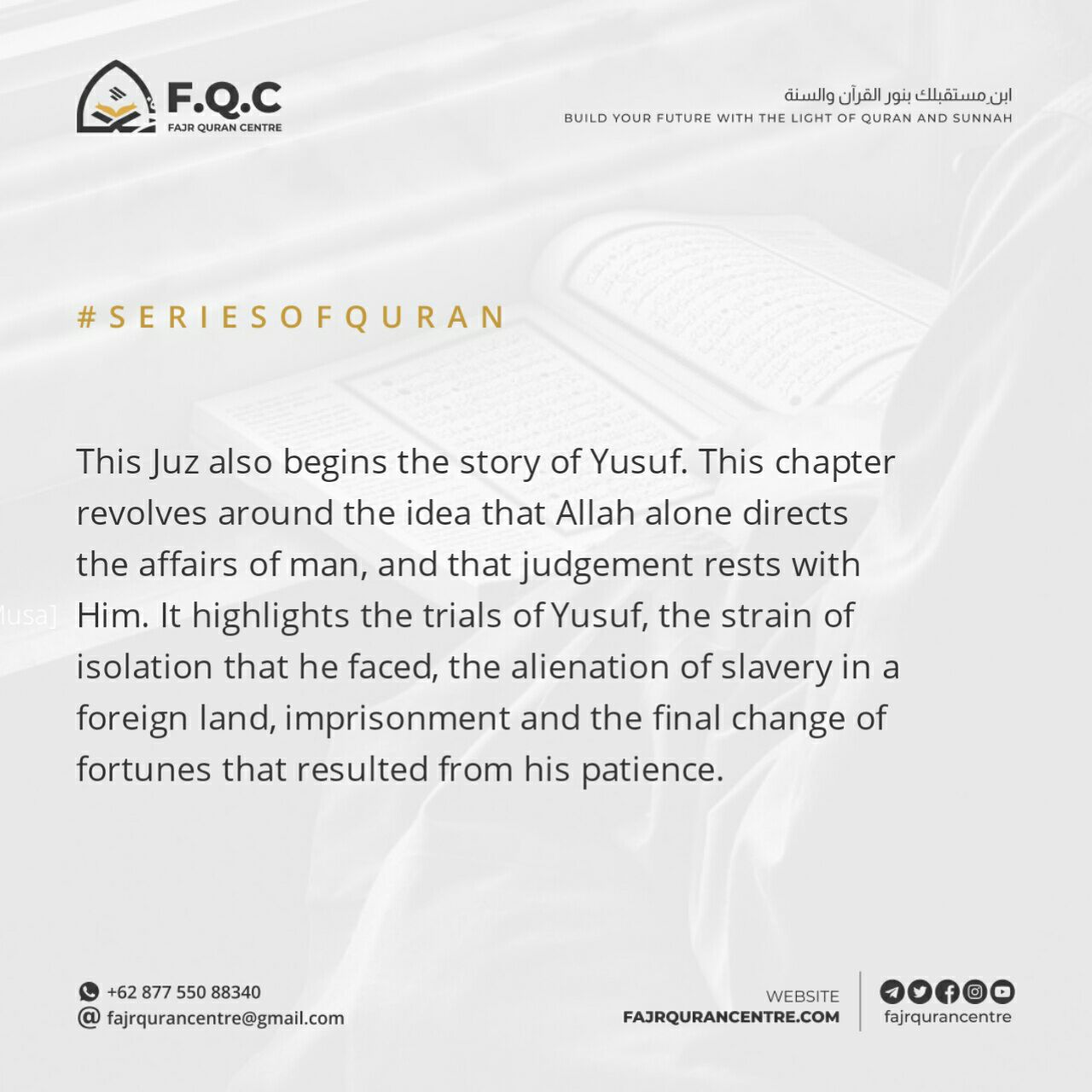 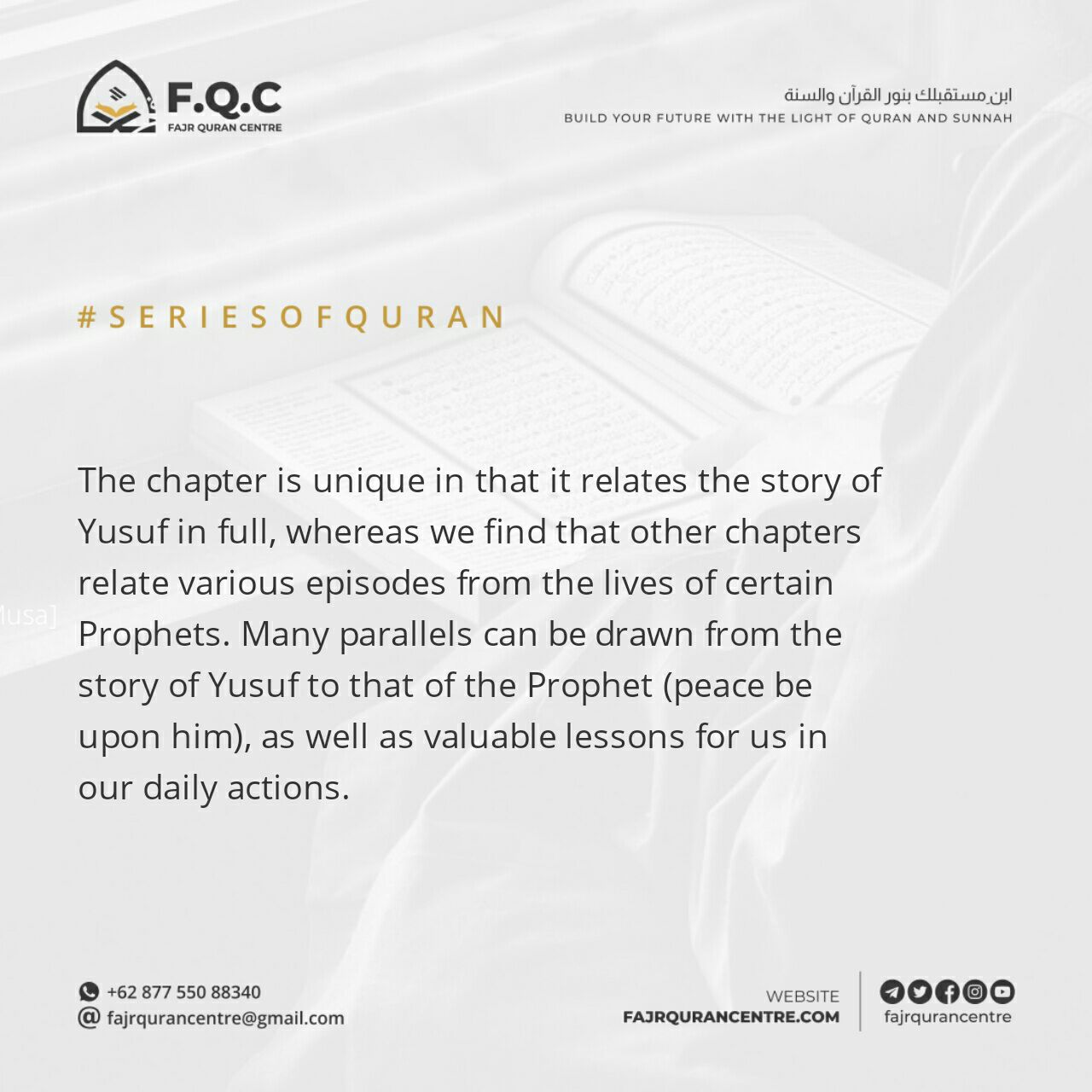 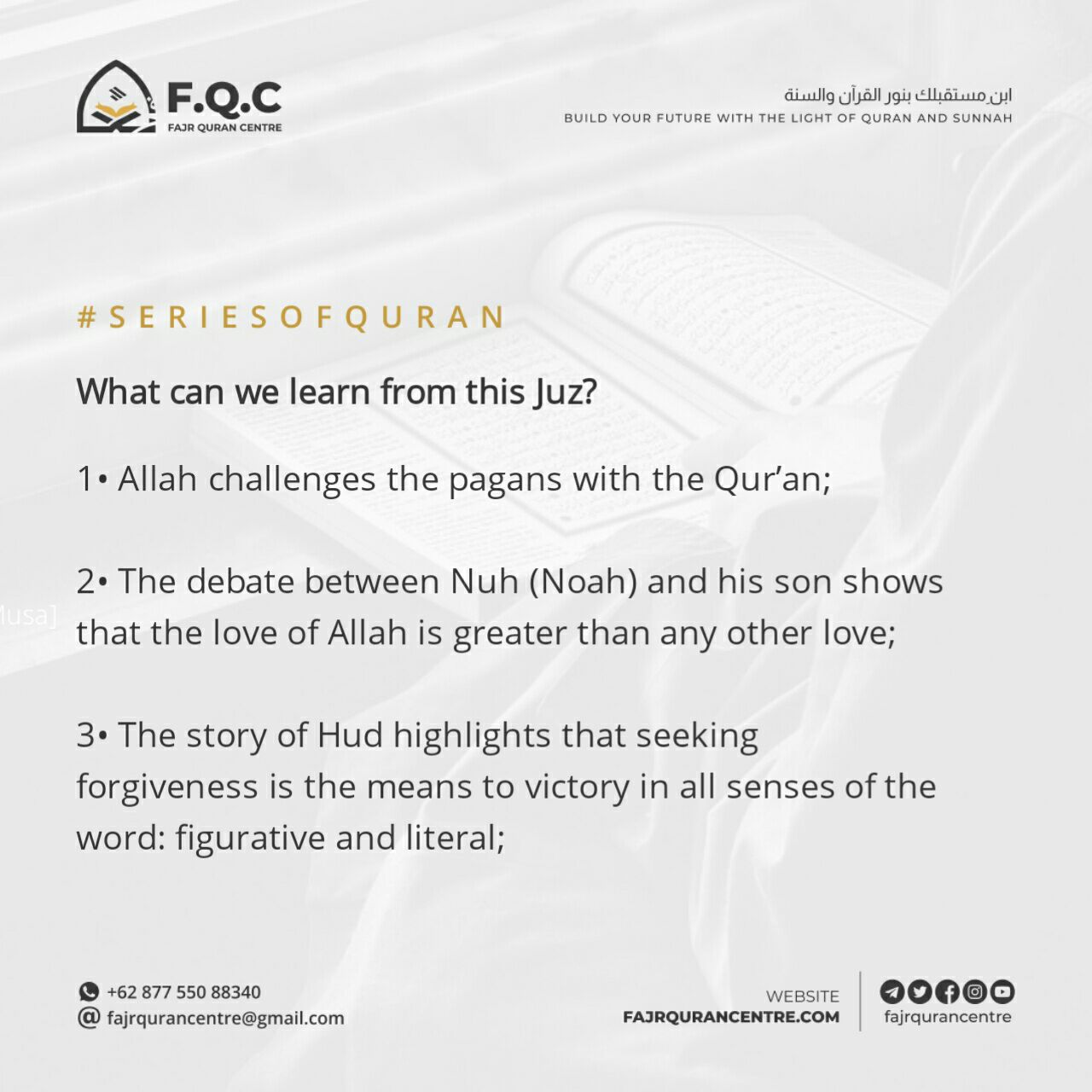 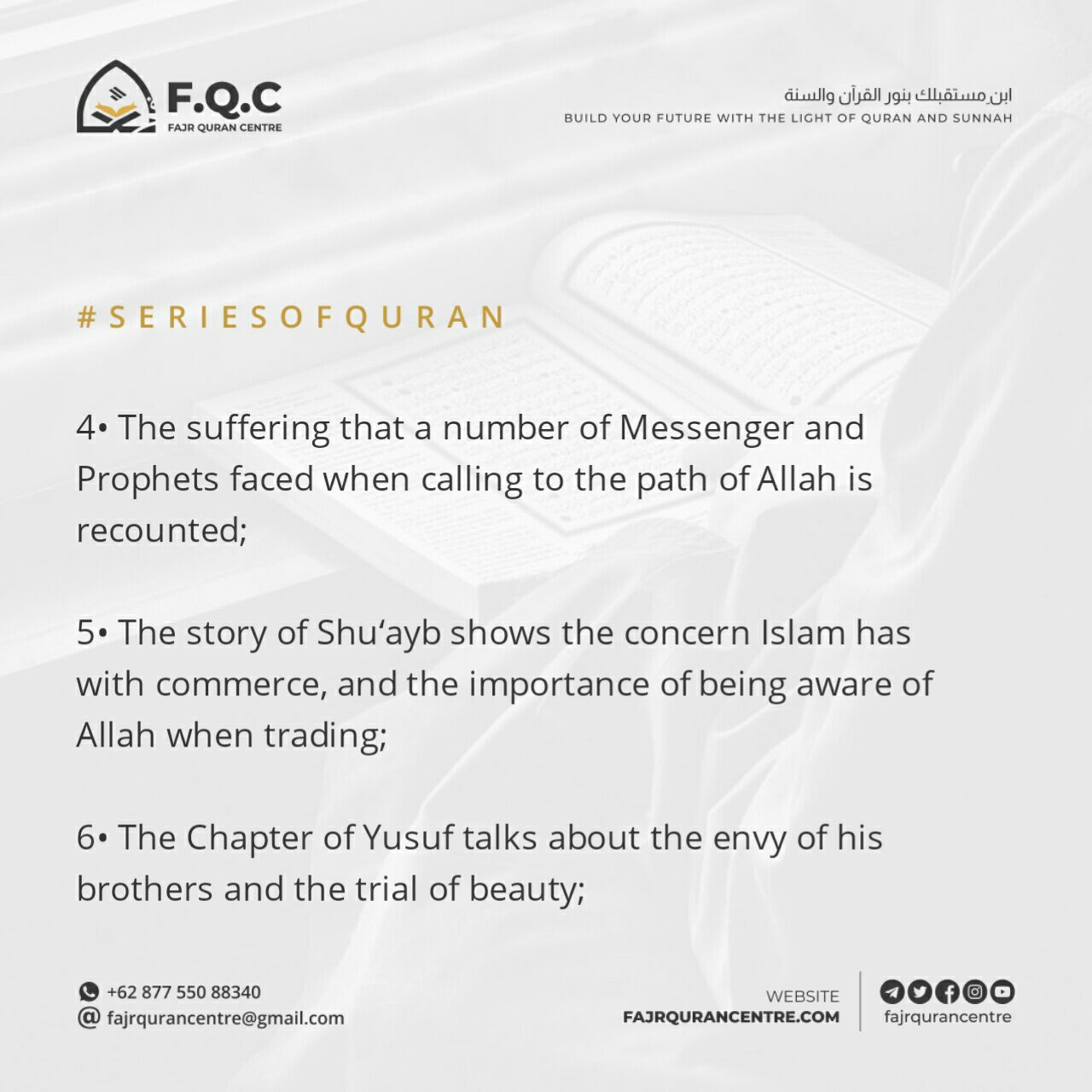 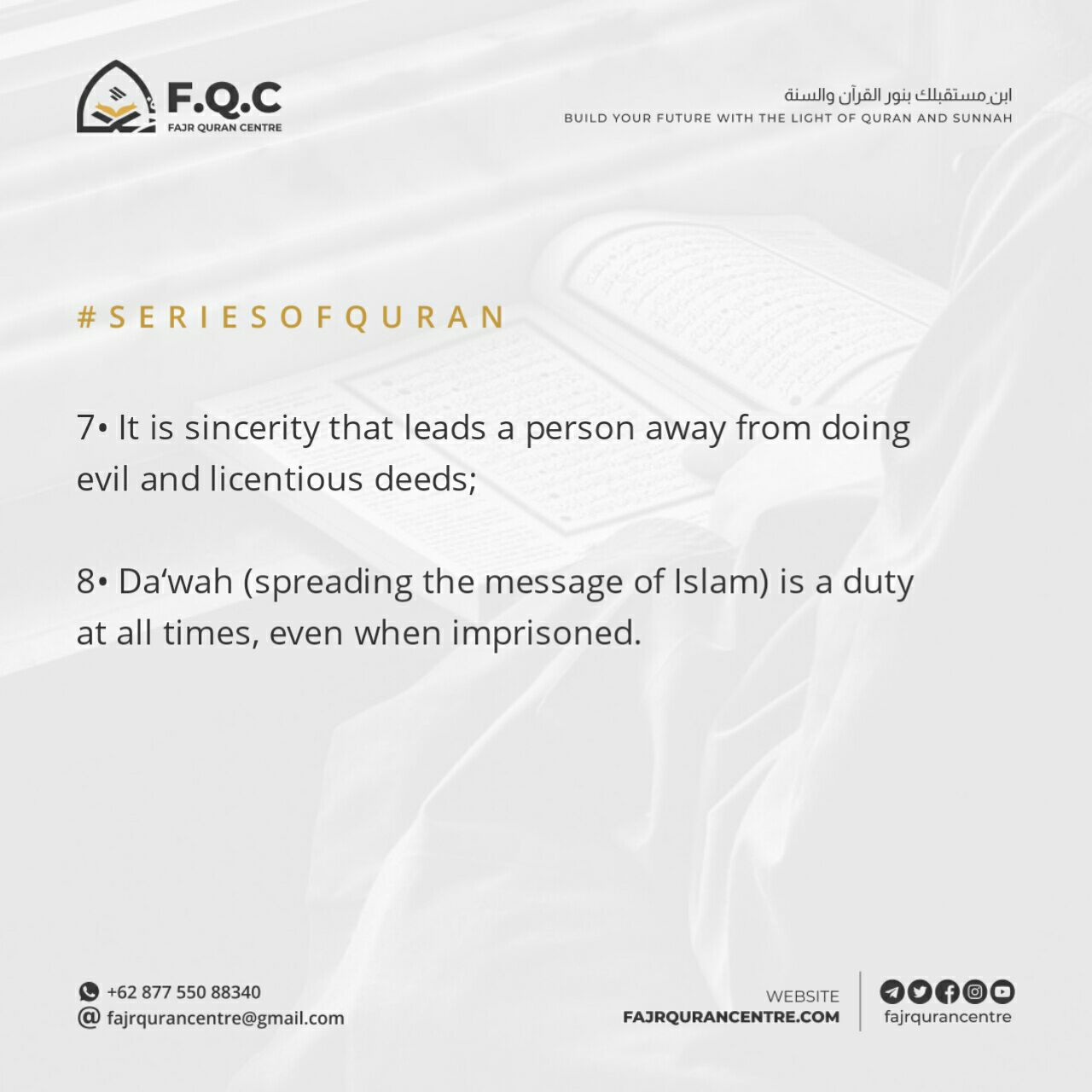