Series on the Journey through the Holy Quran : Juz 4

Having appealed to the Christians in the preceding part of Aal-e-‘Imran and the Jews in the previous chapter, Allah now directs His verses to the Muslim Community. This begins with a call for the Muslim community to remain united, holding fast to the rope of Allah.

It then addresses the battles of Badr and ‘Uhud, detailing the reasons why Badr was a victory against all odds and ‘Uhud the opposite. Allah concludes by reminding us that His Promise is certain and that we must remain patient and have Taqwa (God Consciousness).

In this Juz also begins the chapter al-Nisa (Women), named after the numerous references to women and injunctions related to them. This chapter is important, as being revealed after the defeat at ‘Uhud it covers some of the inevitable consequences; widows, orphans and the fair distribution of wealth.

1• The importance of holding fast to Allah’s rope and the significance of unity and not splitting;

2• The high status of the Muslim nation by virtue of their enjoining the good and prohibiting the evil;

3• The evil effects of disobedience as shown to us by the example of the Battle of ‘Uhud;

4• The qualities of Allah’s righteous servants. Research and consider them well and do your utmost to be one of them!

5• The Messenger of Allah (peace be upon him) would recite the last verses of Aal-e-Imran upon waking up – ponder them carefully;

6• The chapter al-Nisa concentrates on the rights of the weak and downtrodden, the orphans, women, and those oppressed and unable to migrate.

👉Gems From The Quran 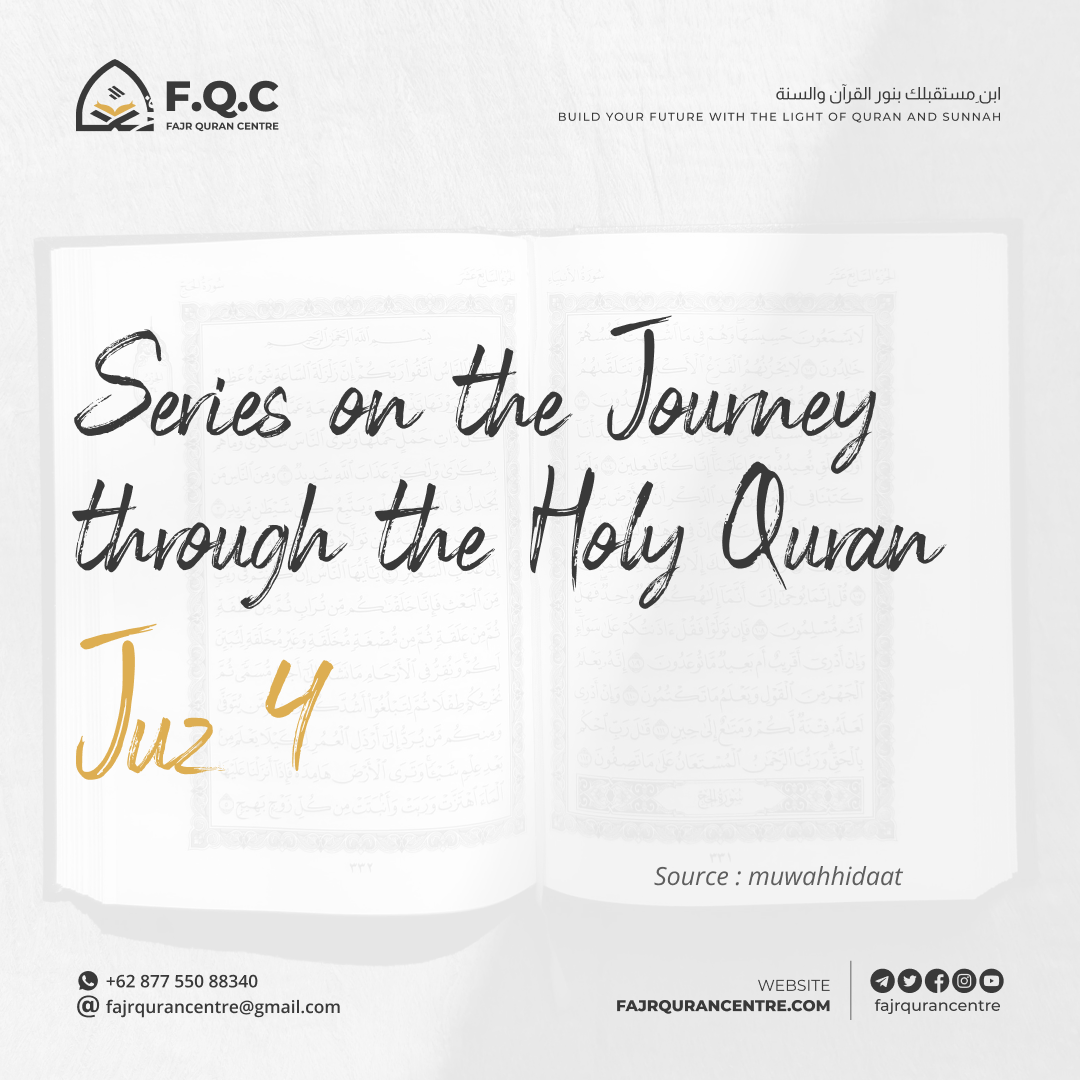 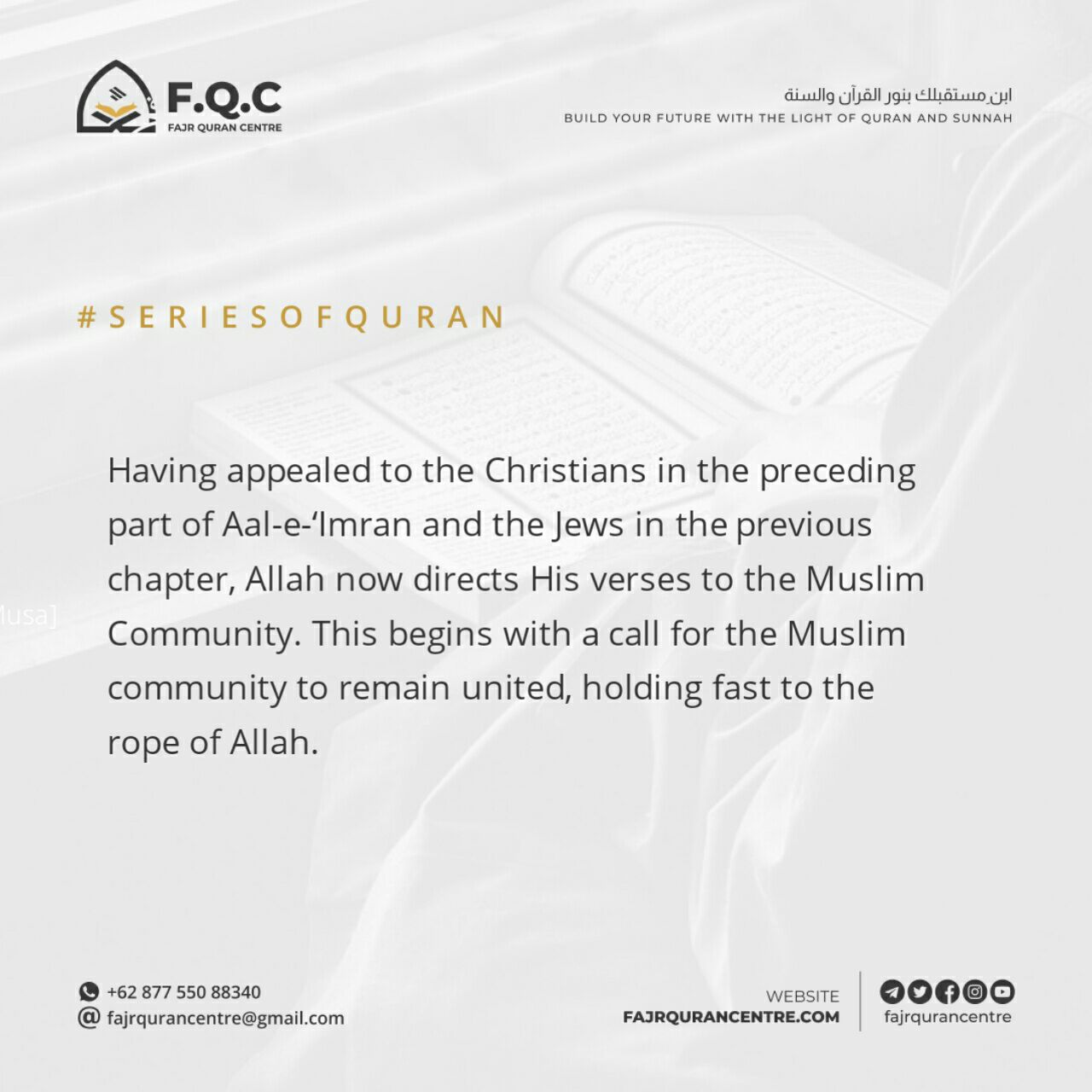 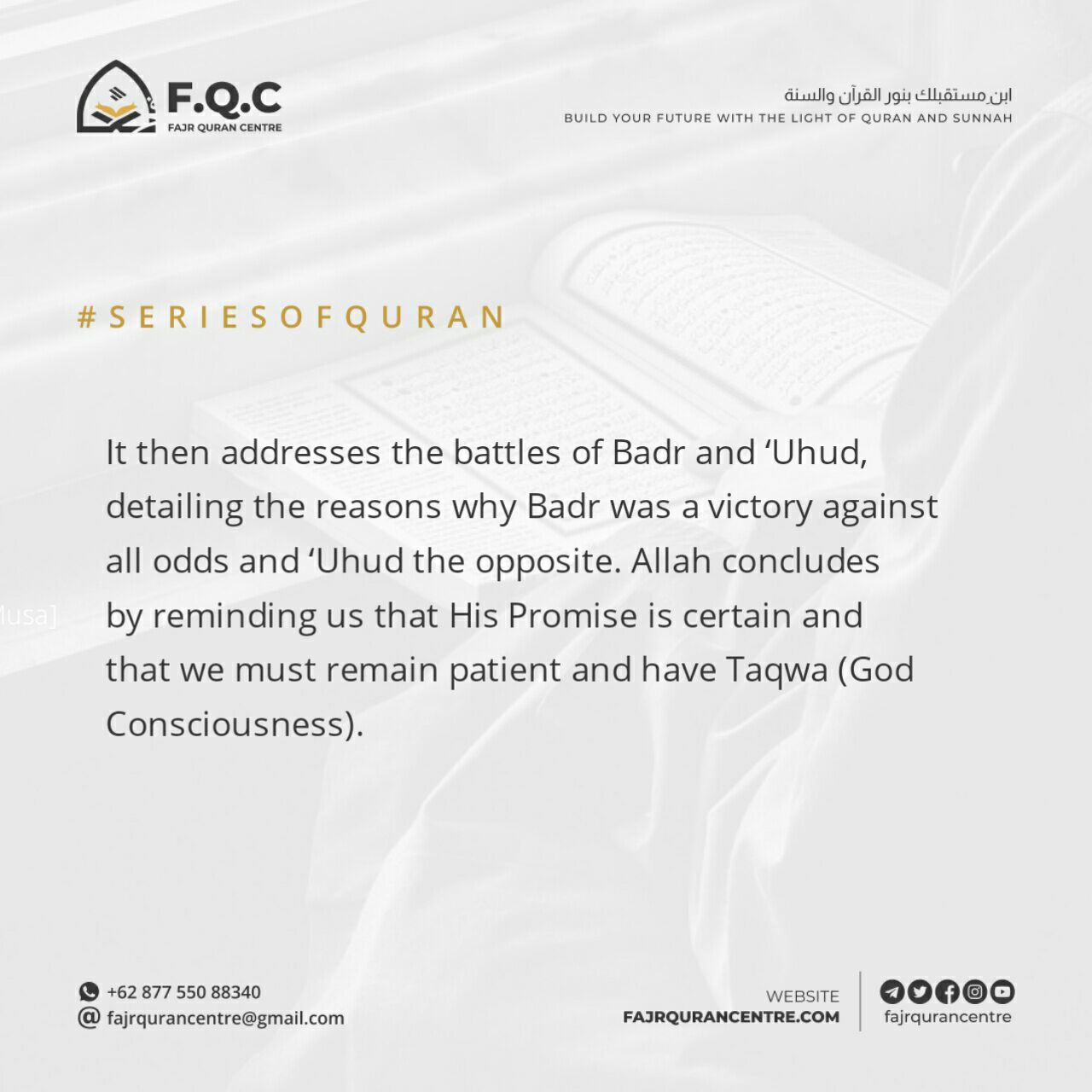 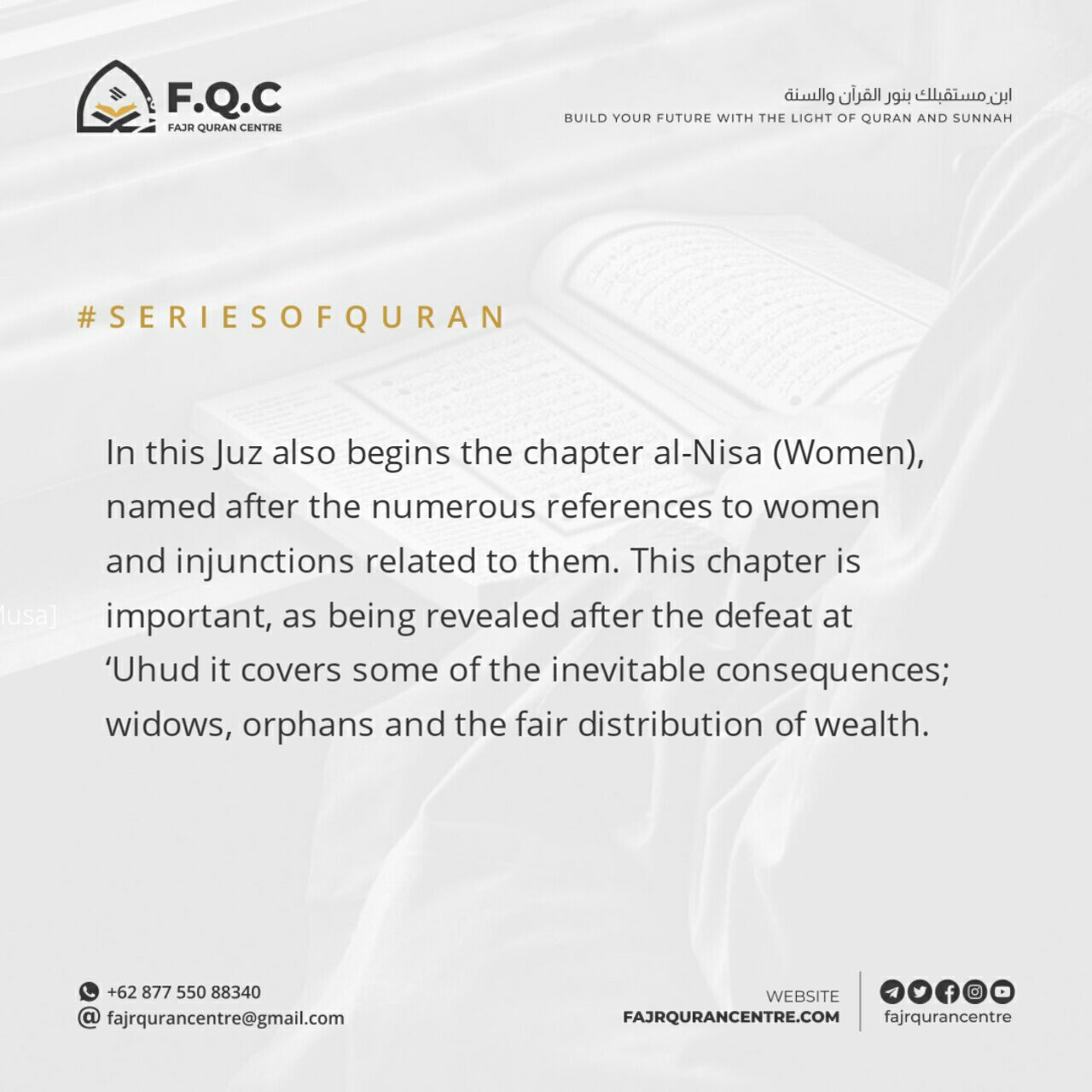 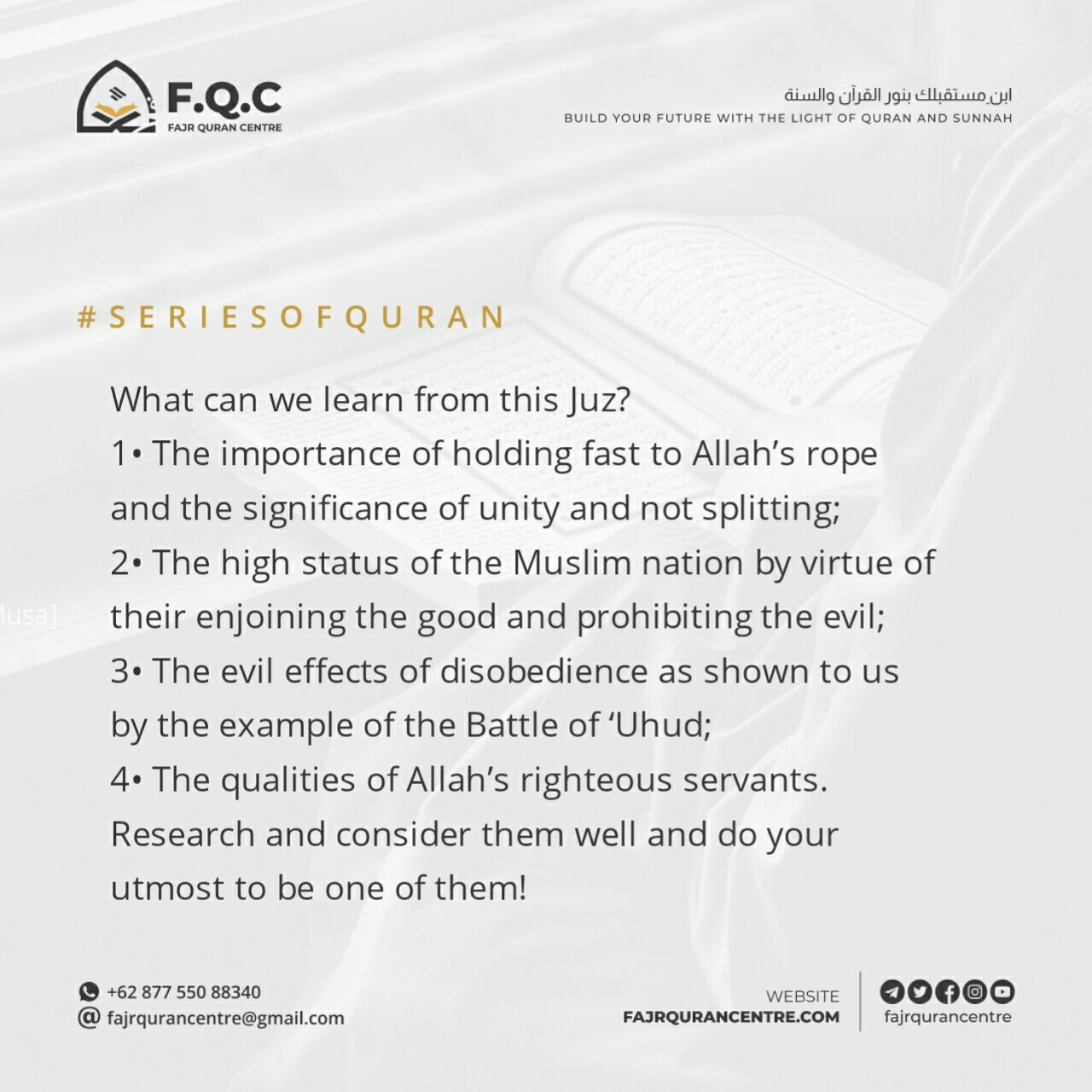 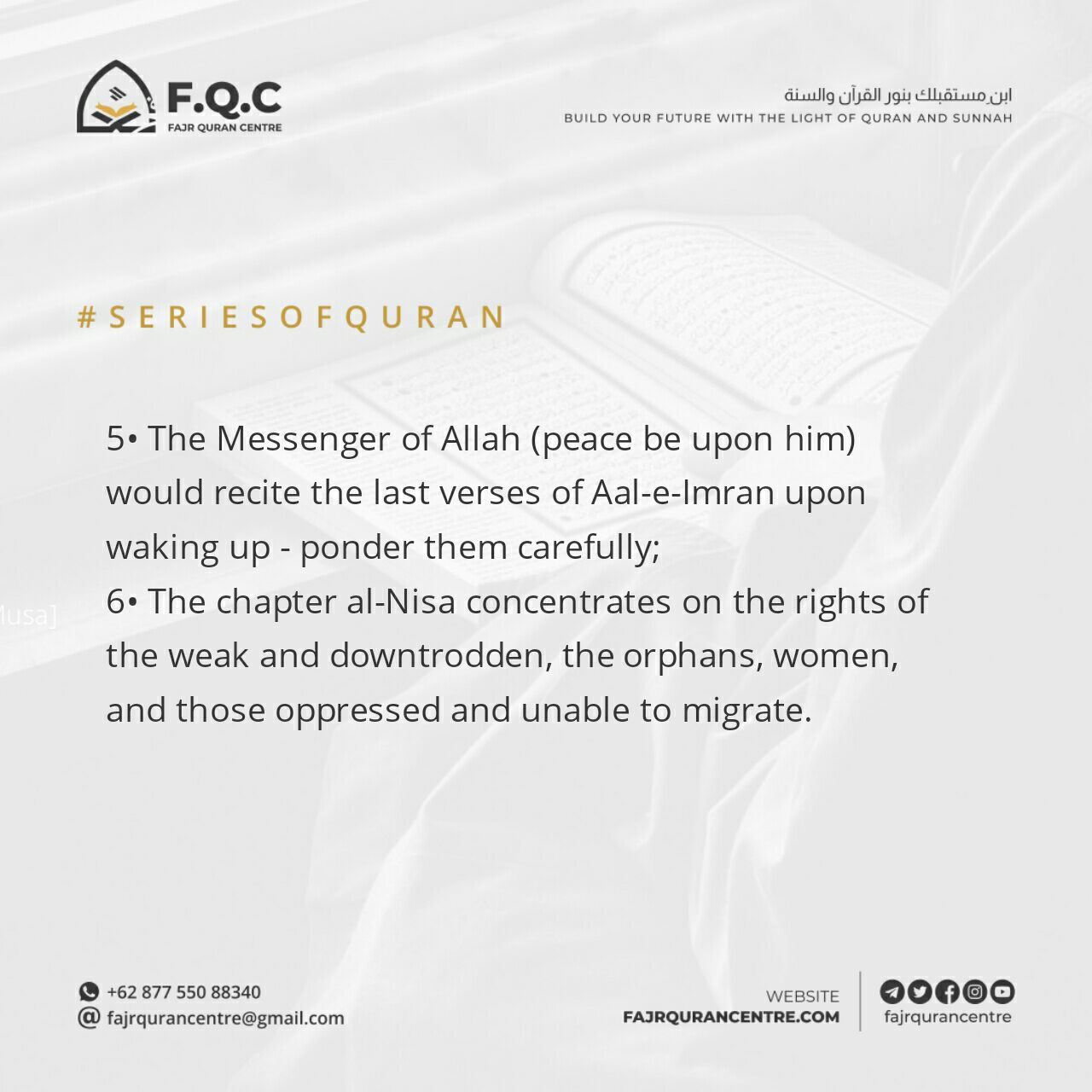 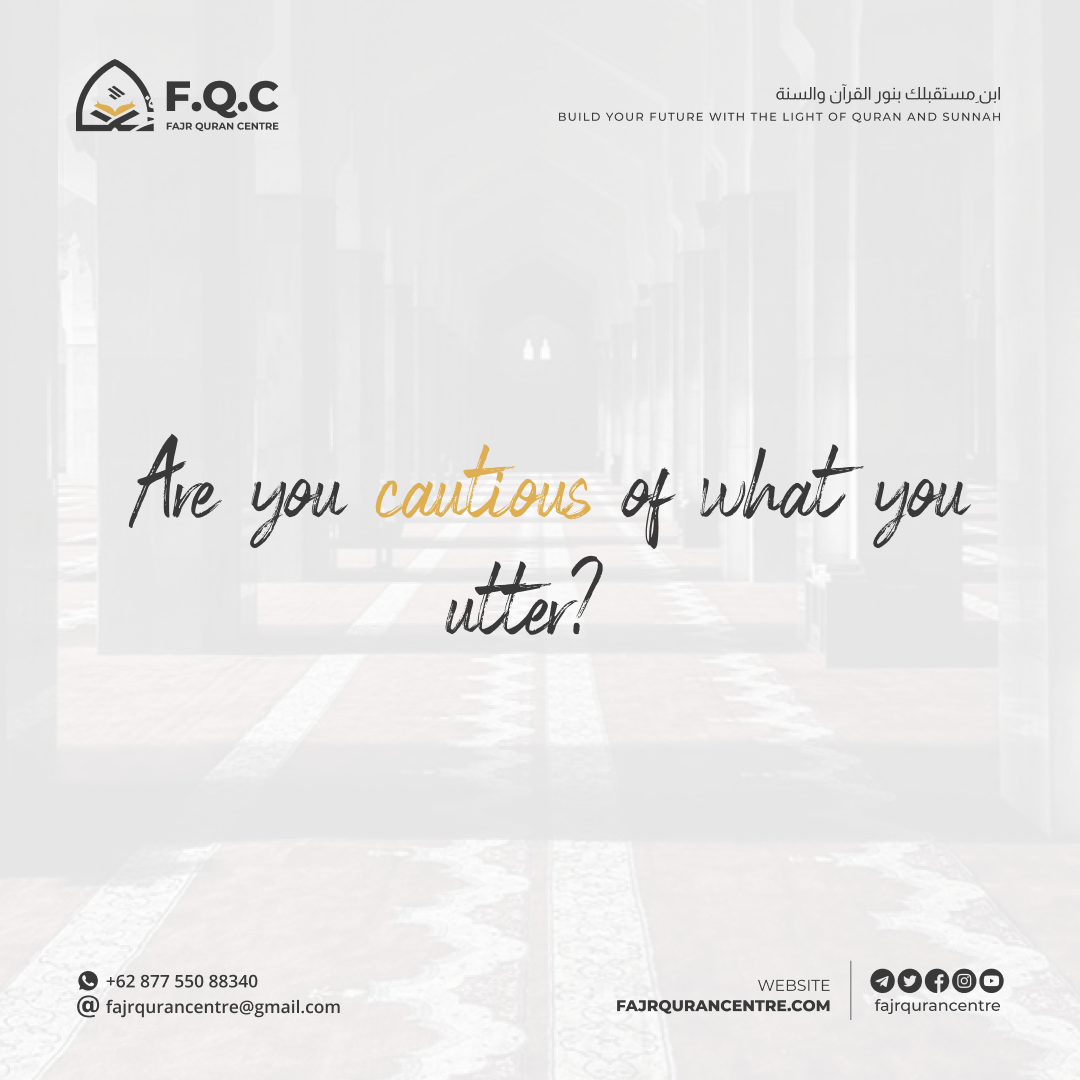